Close-Up of A "Dragonfly" Occasional Table by, Emile Gallé

Émile Gallé (Nancy, 8 May 1846 – Nancy, 23 September 1904) was a French artist who worked in glass, and is considered to be one of the major forces in the French Art Nouveau movement. Gallé was the son of a faience and furniture manufacturer and studied philosophy, botany, and drawing in his youth. He later learned glassmaking at Meisenthal and came to work at his father's factory in Nancy following the Franco-Prussian War. His early work was executed using clear glass decorated with enamel, but he soon turned to an original style featuring heavy, opaque glass carved or etched with plant motifs, often in two or more colours as cameo glass. His friend and patron Robert de Montesquiou sent him to Bayreuth with a recommendation to Cosima Wagner, which led to a great enthusiasm for Parsifal. His career took off after his work received praise at the Paris Exhibition of 1878. Within a decade of another successful showing at the Paris Exhibition of 1889, Gallé had reached international fame and his style, with its emphasis on naturalism and floral motifs, was at the forefront of the emerging Art Nouveau movement. 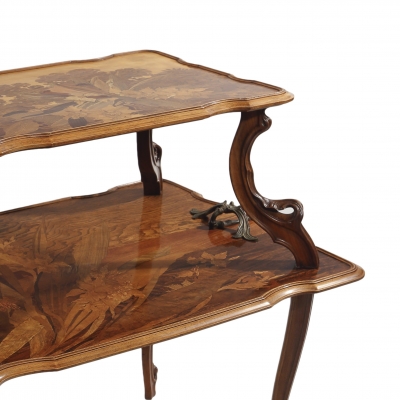 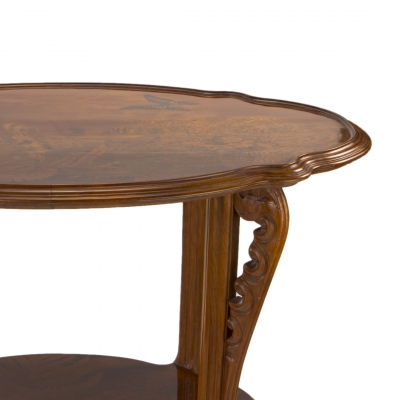 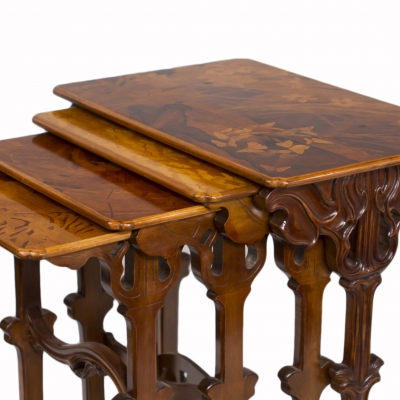 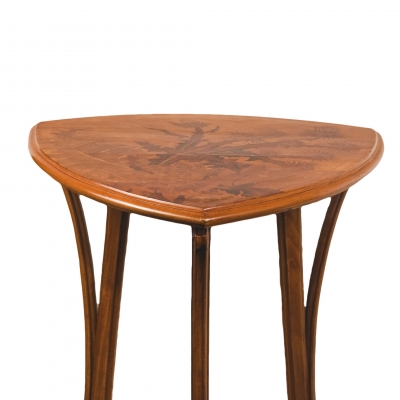 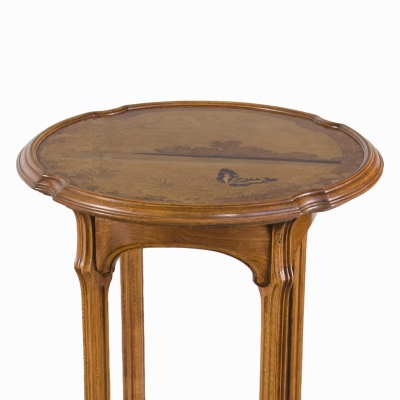