Italian architect, designer and teacher. After graduating in architecture from the Politecnico, Milan (1954), she began her own architectural practice in Milan. From 1954 to 1963 she was also art director for the avant-garde architectural journal Casabella. The influence of its editor, Ernesto Nathan Rogers, who fostered her interest in art, philosophy and literature as well as architecture, led her to believe that architecture is primarily an intellectual discipline and that specialization is wrong; her own work included, in addition to such buildings as houses, offices and museums, the design of exhibitions, stage sets, interiors, furniture and industrial products.

In the 1960s she began associations with Olivetti Business Machines (from 1966) and Fiat Automobiles (from 1968), for whom she designed showrooms (e.g. Olivetti Shop, 1966, Paris; Fiat showrooms in Zurich, 1969–70, Brussels and Turin, 1970) as well as exhibitions and trade stands. Aulenti’s general approach to design is akin to the modernism espoused by Frank Lloyd Wright, particularly in her expressive utilization of the sensuous qualities of materials, in her interest in the relationship of buildings to their site and function, and in an integration of classical concepts with industrial engineering. A harmonious juxtaposition of abstract modernist forms and recognizable historical elements is seen in small-scale works, such as Aulenti’s own apartment and office (1974), Milan, and her country home (c. 1975) near Assisi, for which she designed a bed inspired by a fresco by Giotto. It is also apparent in one of her best-known works, the renovation and conversion (1980–86) of the 19th-century Gare d’Orsay, Paris, to form the Musée d’Orsay; in the sculpture hall, the severe, abstract stone slabs that frame and contain the sculpture also serve to enhance the steel-and-glass vault of the original building, which soars above the exhibition space. Aulenti began teaching at the University of Venice (1960–62) and the Politecnico, Milan (1964). She also designed furniture for such companies as Zanotta (1964–72) and Knoll International (1971–85); lamps for Artemide (1968–75); and a watch and pen-and-pencil set for Louis Vuitton (1988). Her work featured in several exhibitions and won a number of awards. 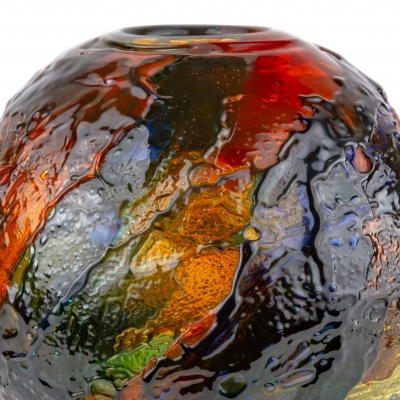