An American sculptor known for her works in bronze Harriet Frishmuth was born in Philadelphia, PA in 1880. She moved to Europe at an early age with her mother and two sisters. She received most of her early schooling in Switzerland and was introduced to sculpture at the age of 19. Moving to Paris she inquired about art classes and the only one she could find open to women was a class taught by Auguste Rodin. She also studied under Gauguie and Injalbert and spent two years in Berlin as an assistant to Professor Cuno von Enchtritz.

She returned to the United States and studied with Hermon MacNeil and Gutzon Borglum at the New York Art Students League and worked for a year in Weehawken, New Jersey, with Karl Bitter. For an understanding of anatomy, she studied dissection at the college of Physicians and Surgeons in New York for two years.
Her career was an outstanding success. Her bronze sculptures were exhibited extensively and were in great demand by collectors.
She was a member of the National Sculpture Society, Allied Artists of America, New York Municipal Art Society, American Federation of Arts, the Architectural League of New York and the National Arts Club. She was elected an Associate Member of the National Academy of Design in 1925 and a Member in 1929.

Her sculpture was exhibited at the Paris Salon, the National Sculpture Society, Architectural League of New York and the Pennsylvania Academy of Fine Arts. Her work was shown at the Panama Pacific Exposition of 1915 in San Francisco, at the National Academy, with the Allied Artists of American and with the American Garden Club in Philadelphia. The list of the awards and metals she received for her work is extensive. 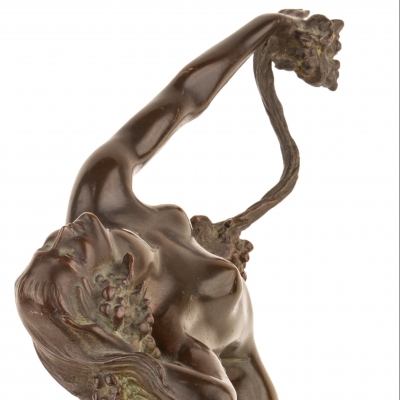 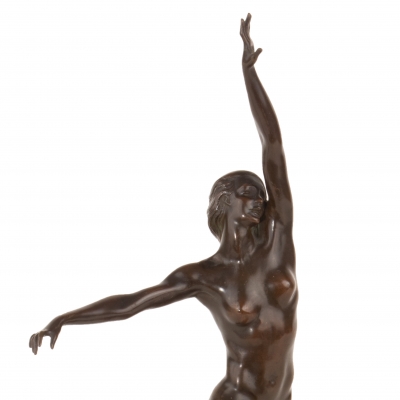