Born in Rochester, New York, Karl Gruppe was a sculptor in marble and bronze and held the position of chief Sculptor of Monument Restoration Project for the New York City Parks Department. Away from the city, he shared at studio with his brother, landscape painter Emile Gruppe, at Rocky Neck, Massachusetts.

He studied at the Royal Academy in Antwerp, Belgium, with Franz Juris and at the Art Student's League with Karl Bitter. He was a member of the National Academy of Design and served as Vice President in 1957. In 1949, he was President of the National Sculpture Society. 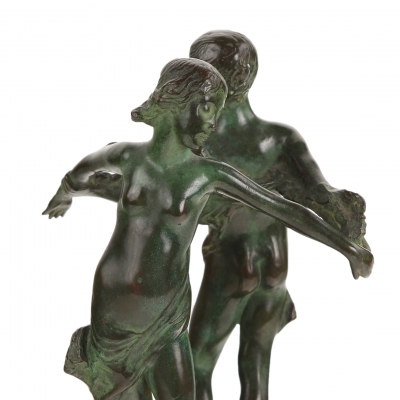