Leon Applebaum In The Studio

Born in Toledo Ohio, in 1945, Leon Applebaum grew up in what would become the birthplace of American Studio glass. While an art student in Toledo, Leons’ dream of becoming a high school art teacher was shattered upon enrolling in his first hot glass class. Leon was instantly intrigued by the molten material, resulting in an addiction to working hot glass that would shape and define the rest of his life.

Leon completely immersed himself into this newly discovered world of glass. He completed his BFA at the Massachusetts College of Art and then received his MA at Peabody College of Vanderbilt University. Although Leon experienced success exhibiting and selling his work as an undergraduate, he sought to further his education beyond what the available universities could offer. In 1973 Leon journeyed across the Atlantic to study the enduring tradition of Swedish glass forming at the Orrefor’s Glass School. There Leon began to explore the Swedish style of optically thick glass that would influence the future of his work. After a year of studying and working at Boda Glass in Sweden, Leon returned to the U.S. to pursue his MFA in glass fort he Rochester Institute of Technology.

During this period, Leon was able to synthesize the Swedish glass techniques with his ideas of using the color spectrum and trapping air to create bubbles as a design element that continues to define his work. For the next 25 years Leon has been developing new ideas, techniques, and designs on hot glass.

He has taught at RIT and Naples Mill Art School in Naples, NY, and conducted workshops throughout the country. Leon Applebaum’s work is represented in the permanent collections of the Smithsonian National Air and Space Museum, Washington, D.C., the Corning Museum of Glass, Corning, New York, and the Ajeto Glass Museum, in Novy Bor, Czech Republic, among many others. He shows in many galleries, both nationally and internationally.

Leon currently resides with his family in Prattsburg, NY, at the Sahaj Glass Studio. In his textured series, Leon uses tools to manipulate the surface of hot glass creating an optically transformed piece. This very non-traditional approach to glass working allows for the exploitation of the transparent and reflective qualities of glass. In Leon’s contemporary sculpture series, he uses glassblowing as a means, not and end. Leon uses cooled blown pieces that are cut in elemental forms and assembles them using ultraviolet glue. This technical approach offers great freedom to explore and execute ideas that are not possible with hot glass. Leon’s scultptures use circular forms reflecting the cyclical nature of life. With eyes toward the future, Leon plans to focus his energy on sculptural glass. 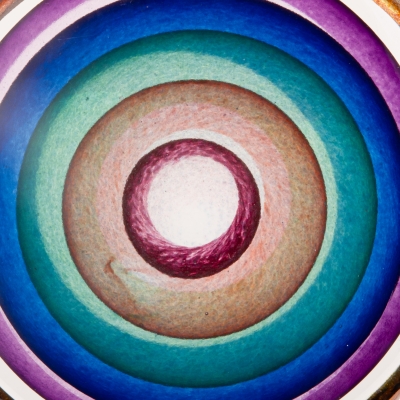