An amazing early 20th century Austrian polychromed and patinated bronze sculpture depicting there American Wild West of a Cowboy with a sword and drawn gun on Horseback attacking an Indian on Horseback with hatchet in hand by, Austrian sculptor Carl Kauba. The sculpture can be viewed at all angles which gives it an feeling of movement with in the piece. The sculpture is in excellent condition and is a top its original petrified stone base. The sculpture is signed, "T. Curts" AUSTRIA.

Notes:
Austian sculptor Carl Kauba signed his sculpture using the pseudonym "T. Curts" for a couple of different reasons. One school of thought believe that since Kauba's sculpted many pieces depicting the American Wild West that for salability with in the American market; it would be best to have an American sounding name than that of a European. Another school of thought believe that Kauba also worked under the name quite possibly for copyright reasons in Vienna, as he worked for more than one foundry. Thus it is very normal to find identical sculptures with alternating signatures. 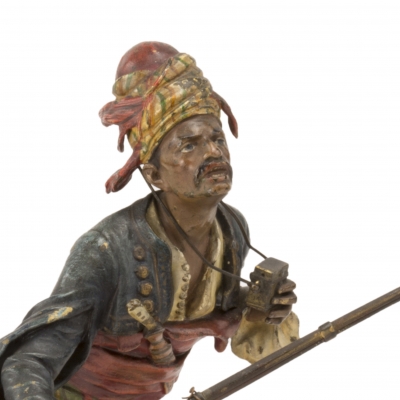 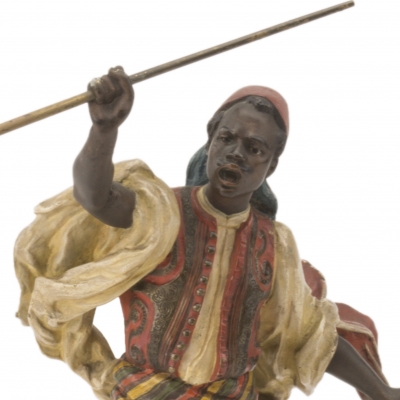 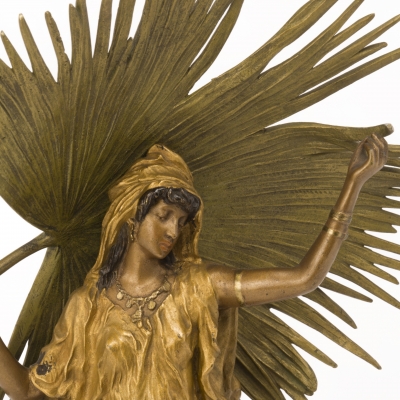 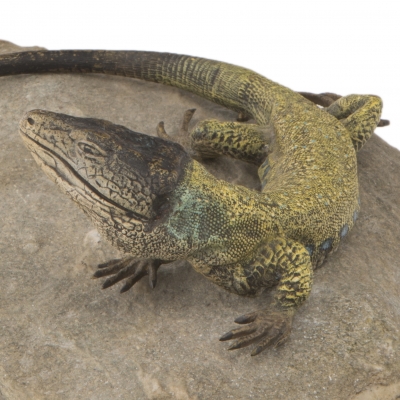