Louis Majorelle, (Toul, 26 September 1859 – Nancy, 15 January 1926) born as Louis-Jean-Sylvestre Majorelle was a French decorator and furniture designer who manufactured his own designs, in the French tradition of the ébéniste. He was one of the outstanding designers of furniture in the Art Nouveau style, and after 1901 formally served as one of the vice-presidents of the École de Nancy.

The Majorelle firm's factory was designed by famous École de Nancy architect Lucien Weissenburger (1860 – 1929) and located at 6, rue du Vieil-Aître in the western part of Nancy. In the 1880s Majorelle turned out pastiches of Louis XV furniture styles, which he exhibited in 1894 at the Exposition d'Art Décoratif et Industriel [Exposition of Decorative and Industrial Art] in Nancy, but the influence of the glass- and furniture-maker Emile Gallé (1846 – 1904) inspired him to take his production in new directions. Beginning in the 1890s, Majorelle's furniture, embellished with inlays, took their inspiration from nature: stems of plants, waterlily leaves, tendrils, dragonflies. Before 1900 he added a metalworking atelier to the workshops, to produce drawerpulls and mounts in keeping with the fluid lines of his woodwork. His studio also was responsible for the ironwork of balconies, staircase railings, and exterior details on many buildings in Nancy at the turn of the twentieth century. Often collaborating on lamp designs with the Daum Frères glassworks of Nancy, he helped make the city one of the European centers of Art Nouveau. At the apogee of the Belle époque, during the 1900 Paris World's Fair (Exposition Universelle), Majorelle's designs triumphed and drew him an international clientele. By 1910, Majorelle had opened shops for his furniture in Nancy, Paris, Lyon, and Lille. 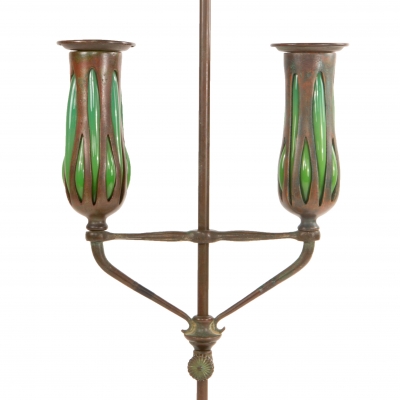 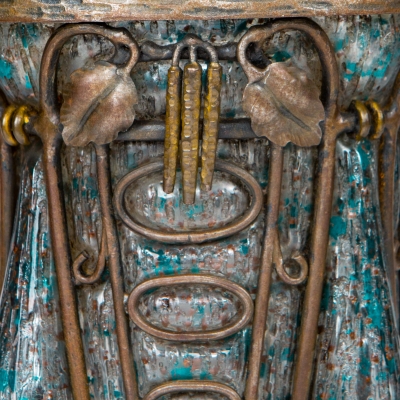 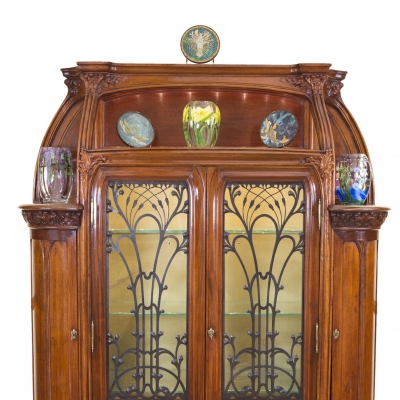 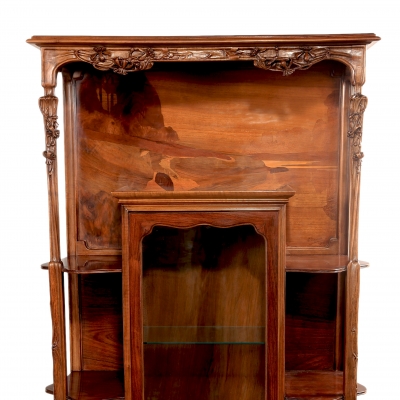 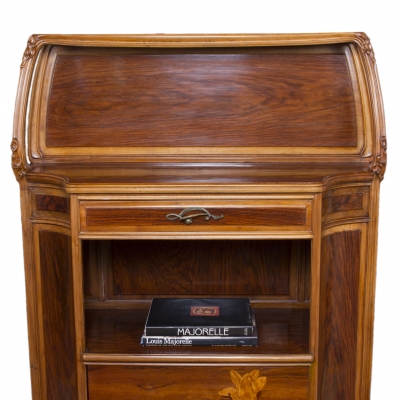 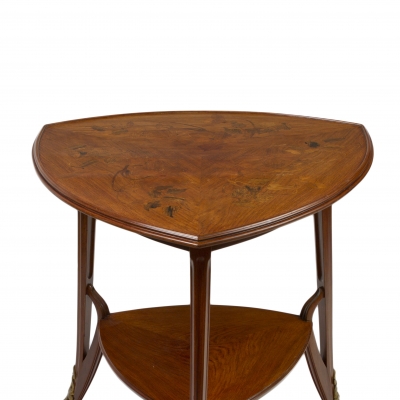 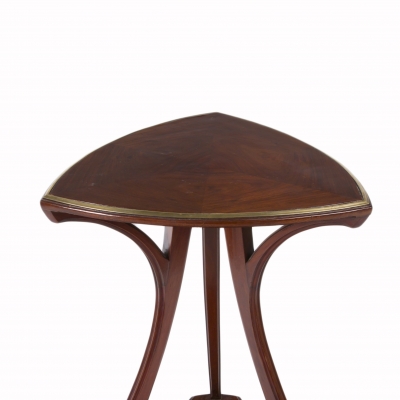 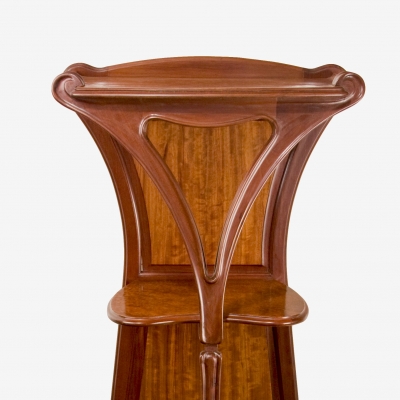 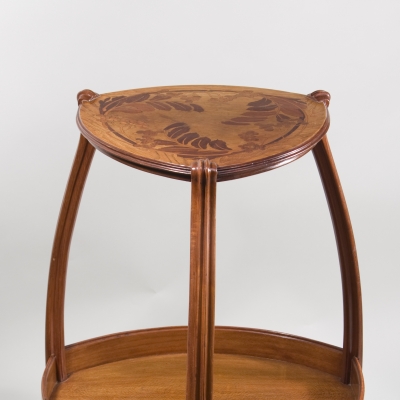 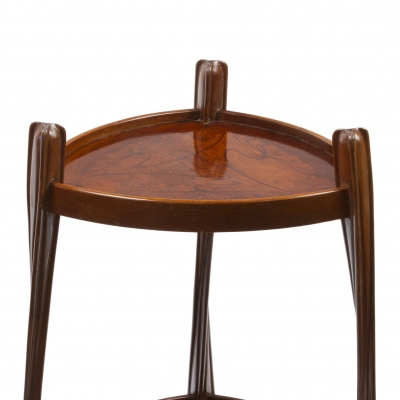 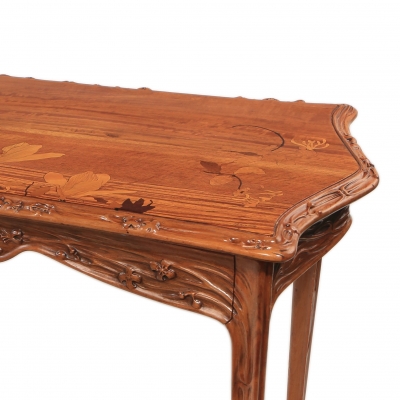 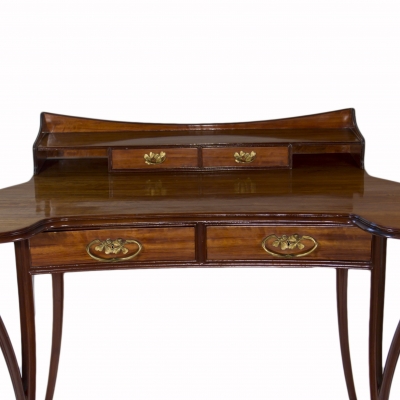 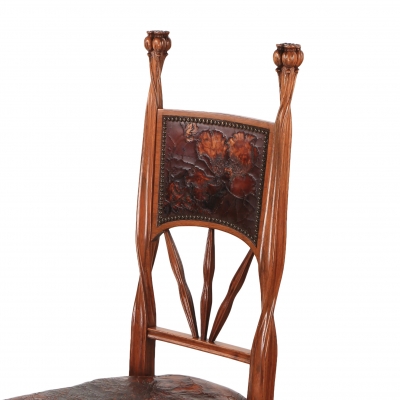 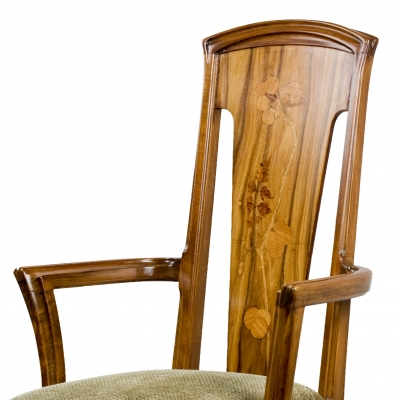 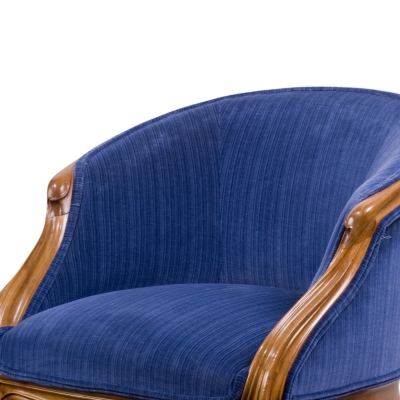 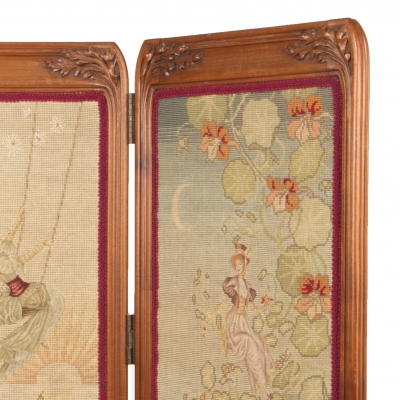